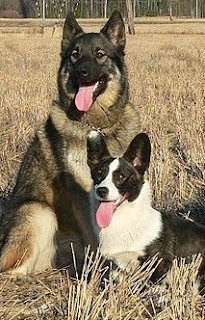 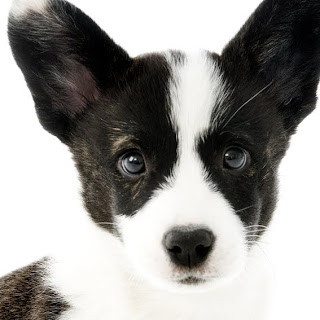 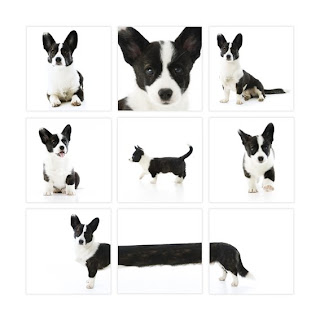 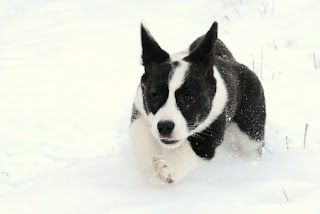 The Cardigan Welsh Corgi and Its Herding Heritage

"Dog owners love to play guessing games – mixed breed owners imagine what breeds
their dog is made up of – purebred owners like to imagine what the job of original dog
was whose descendant now adorns their sofa. The Cardigan Welsh Corgi appears to be
an ancient breed from dwarf dog bones found in Wales that are probably around 2000
years old. Was this really the ancient Corgi more or less as we know it today? Was this
dog used as a farm and herding dog, or did it have another purpose? We can only guess.
Of course, the concept of purebred dogs as we know it today is extremely recent – only
for the last 100 years or so have stud books been kept and dogs bred only to others of the
same look or “type”. Most working dogs in Wales would have likely been bred for
working ability with little regard for looks.

Many people in the breed today feel that the Cardigan was only ever a pet, and that a
Border Collie-like, strong-eyed dog most likely did the farmer’s work. I am no expert on
herding, but I do like to study canine behavior, and I can say that all three of the
Cardigans currently living with me have some type of herding behavior. Another
argument against the Corgi being a non-functional pet is that the Welsh farmers were
extremely poor, and were very unlikely to have kept any animal that had no other purpose
than essentially ornamental. One can imagine that the novelty of the short legged
Cardigan may have been a source of pride and amusement for the farmer, but the dog
would have had to have a job as well. The trait of short legs is a dominant one, so if they
had been so inclined, it would have been easy enough to quickly breed it away. The short
legs definitely do make the Cardigan less ambitious than other herding breeds, and on a
small patch of land, that may have been an attractive quality. The last thing one needs is
a high energy, busy dog that is into everything when essentially, the dog’s work for the
day is done in short order.

In her article Herding Style is Not a Fashion, Ann Garner outlines the three main herding
styles: Driving, which is essentially moving stock together and then moving the animals
away from the shepherd, which is what the original Cardigans would have done;
Mustering, which is performing an outrun to gather the animals to the shepherd, an
example is the style of the Border Collie; and Tending, which is moving around a group
of animals to contain them, or moving the animals by “wearing” back and forth behind
them, with the shepherd in front leading the way, an example of this style is the German
Shepherd Dog.

In my own dogs, I have Ruby, who likes to head stock and keep them pinned down in a
corner; Sophia, who wants to drive straight at the stock, which tends to scatter them. She
can, however, be convinced to circle around the stock, and she is extremely tough, with a
lot of “power”; and Bryn, who shows ability to flank or gather the stock. During Bryn’s
herding instinct test, he also gathered a sheep that had split off from the group, which is a
very good behavior if we are to compete in AKC herding trials eventually.

It is thought that at one point in its development the Cardigan was crossed with other
herding breeds in an attempt to make it more useful, once the task of driving cattle was
no longer common. Reportedly, crosses were made to the Red and Brindle Herders. In
the modern Cardigan, one can see mainly two different styles of herding if instinct is
present, mustering and driving. Herding instinct is present in a surprising proportion of
dogs even though very little has been done to preserve these instincts for many
generations.

Although it is written about the Pembroke Corgi, one could imagine this observation by
John Holmes in his book, The Farmer’s Dog, as easily describes the Cardigan:

Quite distinct from the above types of working dogs are the Welsh Corgis and
Lancashire Heelers, both of which are essentially cattle dogs. Best known of
these (as pets of the Royal Family rather than as cattle dogs), are the Corgis, of
which there are two types – Cardigan and Pembroke. Having bred the latter since
1933 and having owned more of them than all the other breeds put together (at
one time I had twenty brood bitches), I can speak from experience. From that
experience I can say that, as drovers’ dogs, to keep a bunch of cattle moving on
the road, push them into wagons, keep sheep off troughs while food is being put
in, or push them through a muddy gate, a good Corgi is hard to beat. They are,
however, close-run, rough workers and as all-rounders on the farm cannot be
compared with the Border Collie. If, however, you have, or fancy, a Corgi, it is
quite possible that you may find one that will be a useful asset around the farm.
The best ratter I ever knew, also the best cattle dog, was my first Corgi, from
which all of my strain were descended…

…The chief trouble with Corgis, German Shepherd Dogs and other breeds not
usually used for work is that they are not bred for work either. Although many,
bred from generations that have never seen a sheep or a bullock, still have a
strong herding instinct, many do not and there is no way of telling except by
actual trial.

I do believe that Mr. Holmes is correct in that anyone wishing to compete in herding
trials with a Cardigan, or to use a Cardigan as a farm dog, should either find a breeder
who is actively breeding working stock dogs, or can take their chances on a Cardigan
puppy from a show breeder. Almost any well constructed Cardigan can be trained for
other performance sports, such as obedience, rally, agility or tracking, but herding
competition is the most difficult dog sport, and even though herding behaviors can be
trained for trialing, it would be best to stack the deck for success if you are acquiring a
Cardigan for this purpose by looking for a breeder knowledgeable in this activity.

I will amend this article at a later date when Brynnie and I become more proficient with "
this activity. 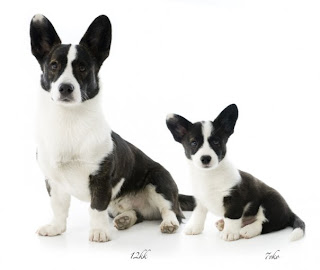 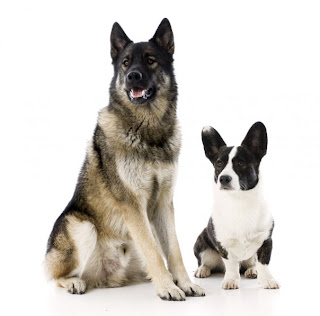